ELVIS’ BLUE HAWAII ON BLU-RAY – WIN ONE OF 3 DISCS

This summer, Elvis fans could admire a modern homage to the King of Rock’n’Roll on the big screen. We covered the Austin Butler and Tom Hanks movie, Elvis, in detail. However, what fell short in this film was that Elvis himself acted in over 31 films. Even if the productions often didn’t have any high standards, and his part as an actor was, therefore, ridiculed by many, some of his films were not only worth seeing and hearing because of the songs. Hence, we would like to give away his probably most successful film to you now, Blue Hawaii.

THE STORY IN BRIEF

Blue Hawaii’s story may have been inspired by the real life of Elvis Presley. Because in Blue Hawaii, he returns home from two years of military service as a young guy named Chad. Only a short time before, Elvis was stationed in Germany as a private. Everyone knows the story and that he found his great love in Friedberg, Hesse.

On Blue Hawaii, he reunites with his girlfriend Maile Duval (Joan Blackman). Chad now wants to spend time with her. Besides, he also wants to work as a tourist guide, just like Maile. But Chad knows very well that his parents have other plans for him. They want him to work at their pineapple plantation, the Great Southern Hawaiian Fruit Co. Hence, Chad doesn’t even get in touch with them.

Only when he can’t longer avoid it does Chad visits his parents. As he has guessed, they want to persuade him to work for the family business. In addition, they regard Maile as not befitting their status. That’s enough for Chad.

He goes back to his beach shack and actually starts working as a tourist guide. Too bad that the beautiful Chad has to show the Blue Hawaii to a group of young students first. Of course, they immediately start flirting with him. 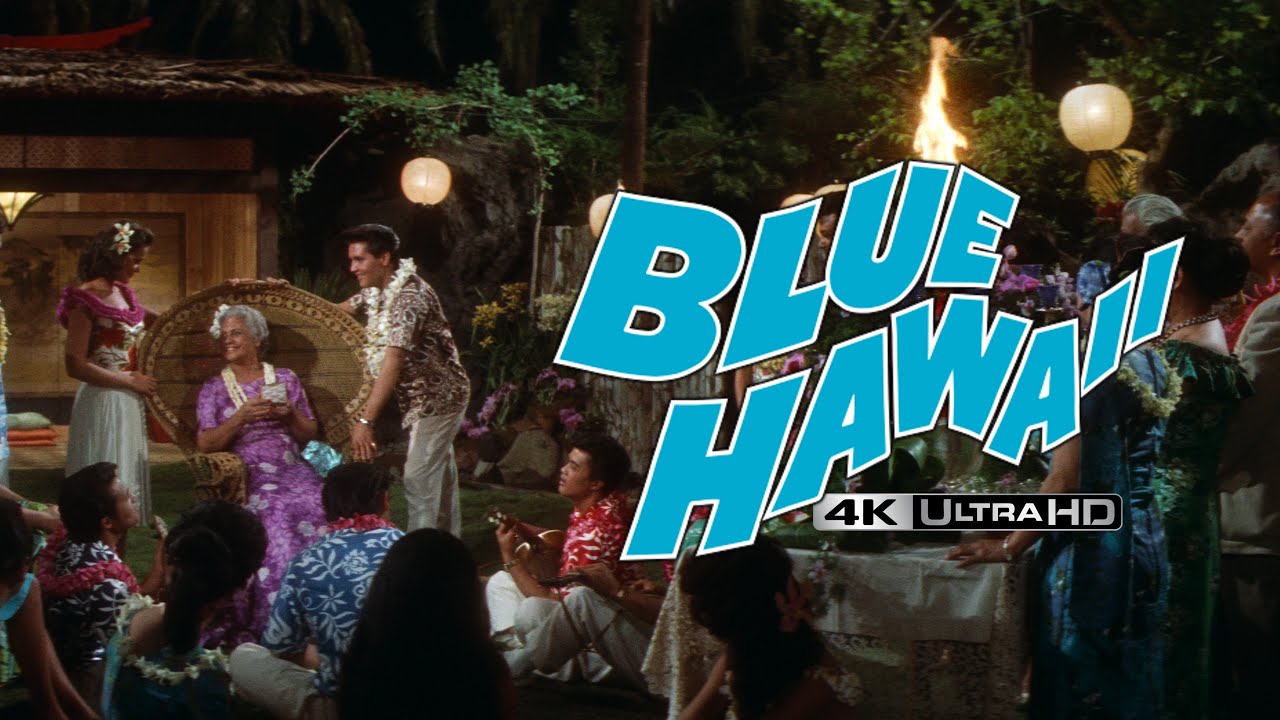 Two of them want more. Thus, they visit Chad at night. Their teacher also shows up unexpectedly to talk to him. When Maile sees this through the window, she is jealous and leaves Chad. But after some chaos, both finally find each other again.

Of course, the story is pretty simple. No question. Nevertheless, Blue Hawaii offers great entertainment. The colored pictures of Hawaii and many cool Elvis songs, including Can’t Help Falling in Love, make Blue Hawaii a film that is worth seeing, not only for fans of the King of Rock’n’Roll.

Don’t feel like winter? And you don’t feel like listening to Christmas songs all the time? Then you should take part in our competition as soon as possible. Because we are giving away:

Thus, swing your pelvis to your keyboard. Maybe you’ll have the film in your player before Christmas. Just answer the simple question until December 12:

What was the name of Elvis’ great love in real life?

The competition is valid in Europe. The legal process is excluded. Much luck!