FOLLOW DAISY EDGAR-JONES TO A PLACE WHERE THE CRAWDADS SING

In our enlightened society, we see ourselves as oh so tolerant and cosmopolitan. And yet many people suffer from discrimination or defamation. In recent years, hate speech online has reached frightening proportions. We reported on Deutsche Telekom’s #nohatespeech campaign. However, at all times, there was the problem that powerful groups treated outsiders or despised and mistreated people badly just because they did not live up to their ideals. Like in North Carolina. Here, young Kya (Daisy Edgar-Jones) avoids the city. Instead, she lives in the deserted marshland, Where the Crawdads Sing. 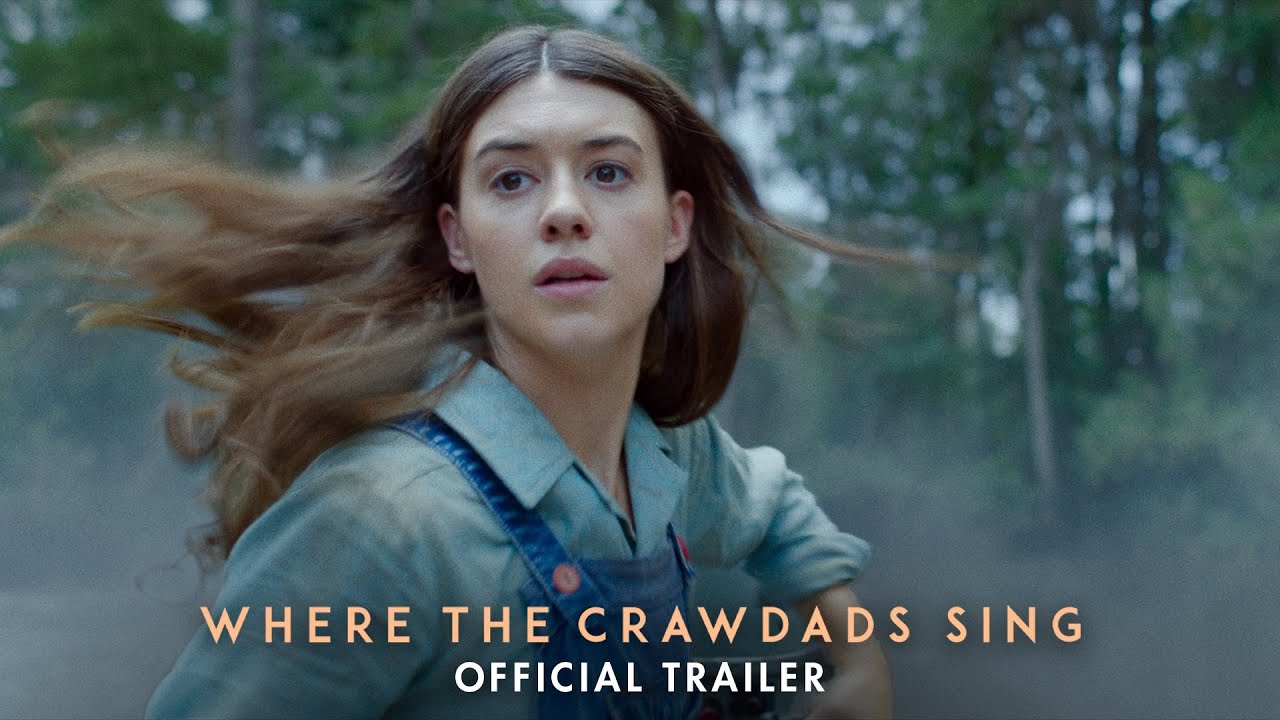 WHERE THE CRAWDADS SING STORY

Kya’s destiny is to be abandoned. It started in Kya’s childhood when her mother left her. Her siblings and her father followed. So, she had to survive in the marshland as a kid. Alone.

The only help she gets is from Jumpin, the owner of the County Store. As a black man in the American South in the mid-1960s, he understands Kya’s problems all too well. He and his wife, Mabel, take Kya to their hearts and help her in any way they can.

That is how they see Kya growing into a beautiful woman. Of course, it doesn’t take long before a handsome boy notices her. Tate teaches Kya to read and write. But his studies are waiting for him in another city. Therefore, he must leave the small town. And so, Kya is alone again. But then, the Marshgirl meets Chase.

As if the young woman’s life wasn’t complicated enough, Chase is soon found dead. Of course, suspicion immediately falls on Kya. Because what could be more comfortable than blaming the terrible events on the outsider?

And so Kya doesn’t just end up in prison. Moreover, she must fear for her own life. Because in North Carolina, the death penalty still applied in the 1960s.

Where the Crawdads Sing – THE CHARACTERS

Kya has come to terms with her fate. Instead of surrounding herself with people, she lives a secluded life in the marshland. She becomes one with nature, both in character and creatively. She captures the flora and fauna of North Carolina in beautiful drawings.

Daisy Edgar-Jones is still at the beginning of her career. The sympathetic Englishwoman shows what she’s got in Where the Crawdads Sing. It’s less active than the quiet moments in which she really shows off her talent. So far, we could see Daisy Edgar-Jones in series like Cold Feet or War of the Worlds. Her debut film Pond Life (2018) and Fresh (2022) received very good ratings on Rotten Tomatoes.

Fate hasn’t been too kind to the very handsome young man in the past either. Therefore, Tate felt a close connection with Kya from childhood. He forces this in a very romantic way. It is also him who teaches her to read and write. In addition, he encourages the talented illustrator to send her works to a publisher. He believes in Kya, but the film shows you whether he really loves her.

Before Where the Crawdads Sing, Taylor played John Smith on Sharp Objects. Besides, he appeared in the film The Outpost alongside Orlando Bloom and Scott Eastwood.

Everybody moves to Chase’s tune. But the handsome boy is arrogant and very manipulative. Kya is unsure if she can trust him. And then, suddenly, Chase is dead.

We know the young English actor Harris Dickinson from many films. He played in The Darkest Minds, The King’s Man, and Maleficent 2. Mostly he plays the sunny boy. But in Where the Crawdads Sing, he shows that he can also portray dark characters.

Tom Milton is a very good-natured lawyer who wants to bring justice to Kya from a young age. When he hears about the charges against the Marshgirl, he immediately offers to defend her.

David Strathairn is an award-winning actor. With his performance, he gives Where the Crawdads Sing even more noblesse. The American actor is known for the great film Good Night, and Good Luck. Here, he starred alongside George Clooney, Robert Downey Jr., and Jeff Daniels. We also know him from The Bourne Ultimatum, L.A. Confidential, The Firm, Lincoln, Sneakers, and many other hit films.

Jumpin and his wife Mable are the only ones helping Kya. They take on the role of surrogate parents. Jumpin, in particular, takes the Marshgirl very firmly to his heart. So he stands by her side when her life is at stake. In addition, both provide the most emotional moments in Where the Crawdads Sing.

Where the Crawdads Sing Resume

There seems to be a trend towards minimalism. Such as Nope, Where the Crawdads Sing is a calm film that focuses on the essentials, characters, and story.

Despite this focus, Where the Crawdads Sing doesn’t always manage to scratch deeper at the surface of the characters. Therefore, some emotions are lost here and there. In other words, the water of the marshland ripples along.

Howsoever, Daisy Edgar-Jones’ performance is wonderful. Because beyond the film, it sets an example for more naturalness and authenticity. We always have to classify films in the here and now. Thus, if we compare today’s influencer scene to the humble, shy, and reclusive Kya, who cares more about the swamp and the animals that live there than the people of the city, Where the Crawdads Sing is truly heartwarming. Even more, the film is a sign to reflect on the actual values ​​of life and our world.

Again, Where the Crawdads Sing doesn’t always manage to keep high standards. However, it doesn’t matter. Because we are compensated by a really nice story. In some moments, this even brings tears to the eyes of die-hard film junkies.

The Madison’s, in particular, are played brilliantly by Michael Hyatt and Sterling Macer Jr. They share so much warmth and compassion. Very beautiful. Daisy Edgar-Jones plays her first leading role well. Anyone who met her knows that it’s not just a play. Because the English actress, like her film character, is down-to-earth, very friendly, and incredibly personable.

Where the Crawdads Sing is not a film for action fans or rationalists. It’s a film for romantics and people who believe in the good, love, and life. It’s a film that shows weaknesses here and there. But it shows its strengths in the end. So, Where the Crawdads Sing sends us out of the cinema with a warm feeling. The film gives us hope that the good may not always be perfect but that it still triumphs in the end. Therefore we give 7 points.