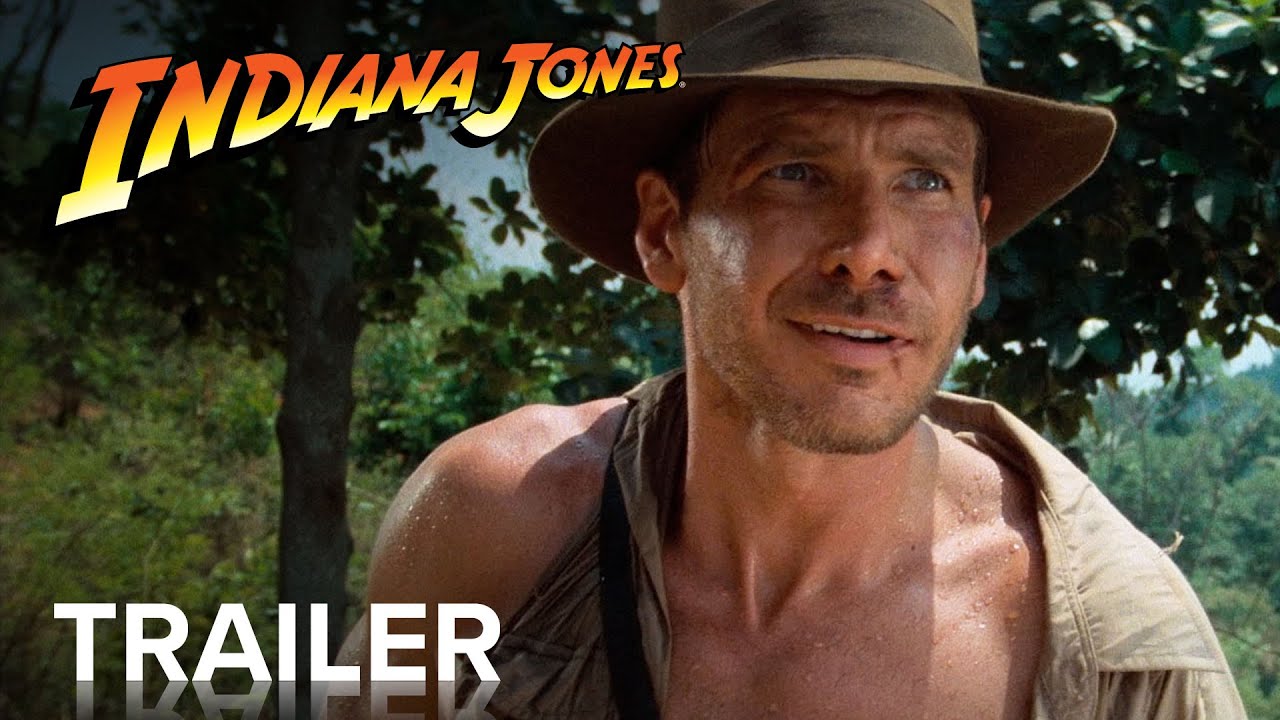 Admittedly, since the Lumière brothers brought cinema to life with their first demonstration of the cinematograph in 1895, many exciting films have been made. Many great talents – in front of and behind the camera – have produced movies that strongly shaped the imagination and zeitgeist of the generations at the respective time. But hardly anyone else created such a universe of cinematic masterpieces as the unique Steven Spielberg. After 60 million years, he resurrected dinosaurs in Jurassic Park. Spielberg shaped the horror genre with classics like Jaws or Poltergeist. He showed his position with anti-war films such as Schindler’s List or Saving Private Ryan. Finally, he delighted us with futuristic fairy tales like Back to the Future, E.T., or Close Encounters of the Third Kind. Howsoever, three stories directed by him will continue to delight the hearts and imaginations of people hundreds of years from now. Of course, it’s the Indiana Jones epic. This incomparable story about arguably the most likable history professor of all time now finds its way into the future through the restored 4K version of Indiana Jones and the Temple of Doom.

It’s not easy for production companies to re-edit old films to meet the latest technical standards. In the end, they were recorded analogously on material that can hardly meet today’s requirements. Nevertheless, it makes sense to restore these film gems to preserve them for posterity. 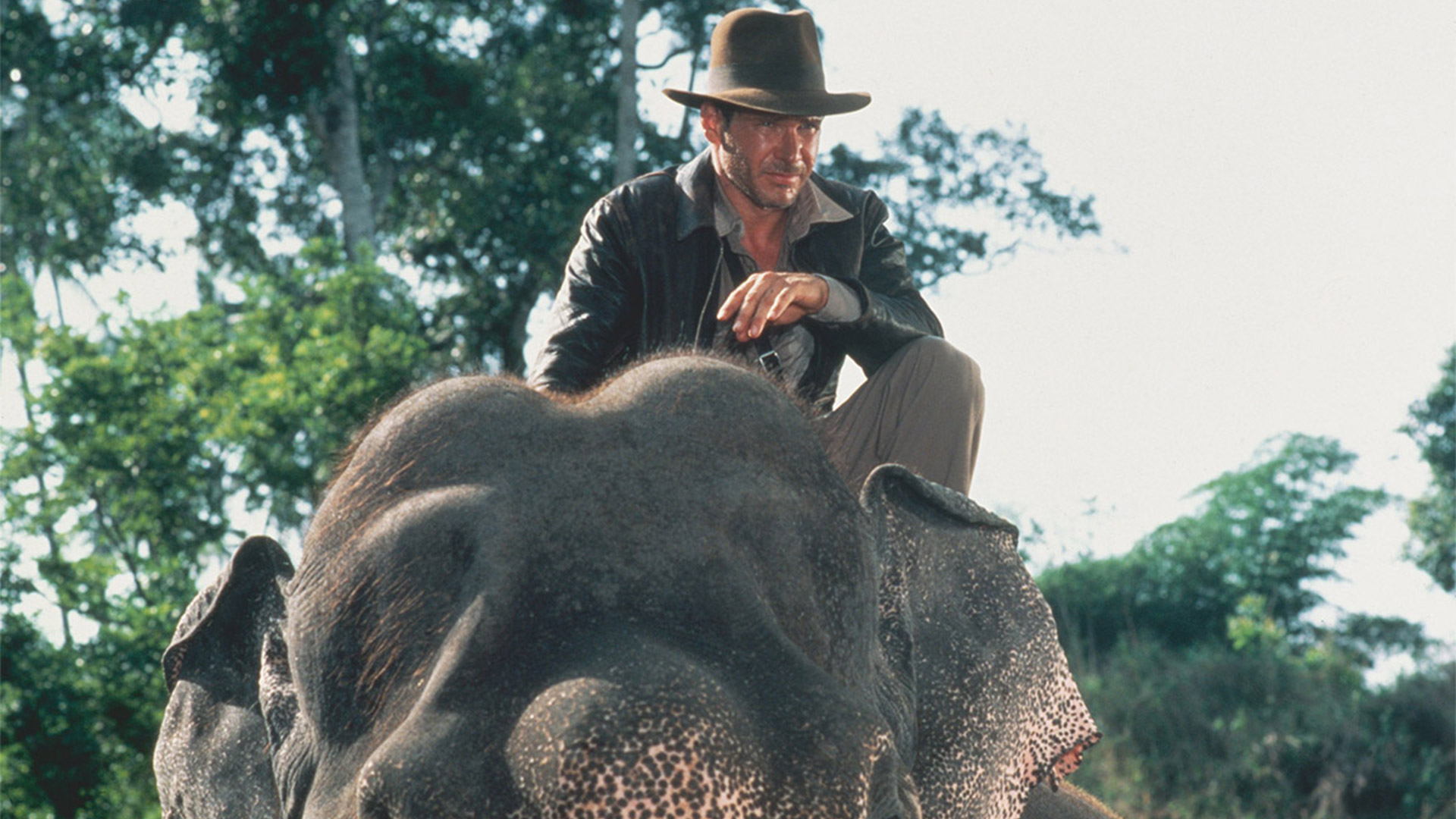 Ultimately, a DVD on a 4K TV no longer looks so attractive. And finally, we put these high-resolution pieces in the room to bring the real cinema feeling home.
Anyone who owns a 4K TV knows what I’m talking about. The image of an OLED screen is gigantic, and the sound is also cinematic without any big investment.
So, the movie night with friends can start.

INDY AND THE TEMPLE OF DOOM IN 4K

It’s hard to believe what the creators have achieved. Indiana Jones and the Temple of Doom looks in the new 4K version great such as the film wasn’t shot almost 40 years ago but yesterday. The colors, the sound, everything is more than perfect.

However, it’s not just the technical quality that is incredibly fascinating. It’s the emotion associated with this film. The makers’ love of detail is unmistakable. Even the quality of the cover is impressive. Then, as the Indiana Jones and the Temple of Doom disc menu starts, the creators’ love spills over onto me instantly. Again. And it goes very deep. Again.

In seconds it hits my heart. That’s how I turn into a teenager who forgets reality, leaves all tasks behind, and embarks on an incredibly adventurous journey with Indy and his friends, which also gets pretty dicey countless times.

THE STORY OF INDIANA JONES AND THE TEMPLE OF DOOM

Indiana Jones and the Temple of Doom plays years before the first part of the saga, Raiders of the Lost Ark. We reported on the 4K release last month. 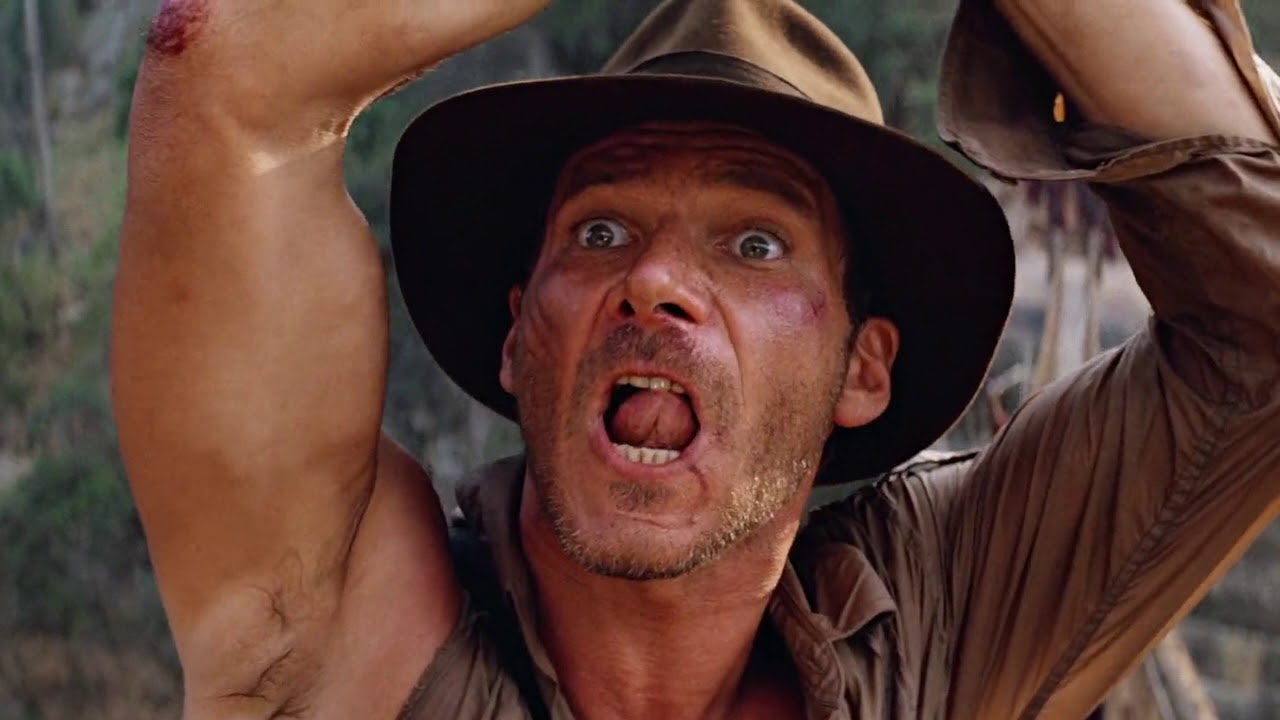 Indiana is a daring adventurer who finds artifacts just for money. Unfortunately, he gets involved with the wrong people. So, a deal fails that almost cost his life. On the run, he ends up in a remote village, where is a great need. Evil forces have stolen the sacred stone that protects the village. Worse, they kidnapped all the children. Of course, Indiana Jones (Harrison Ford) can’t just walk his way. He must help.

The beautiful singer Willi Scott accompanies him on his way. As a glamor girl, she doesn’t really fit into the jungle. And yet it is she who will save Indy’s life more than once. 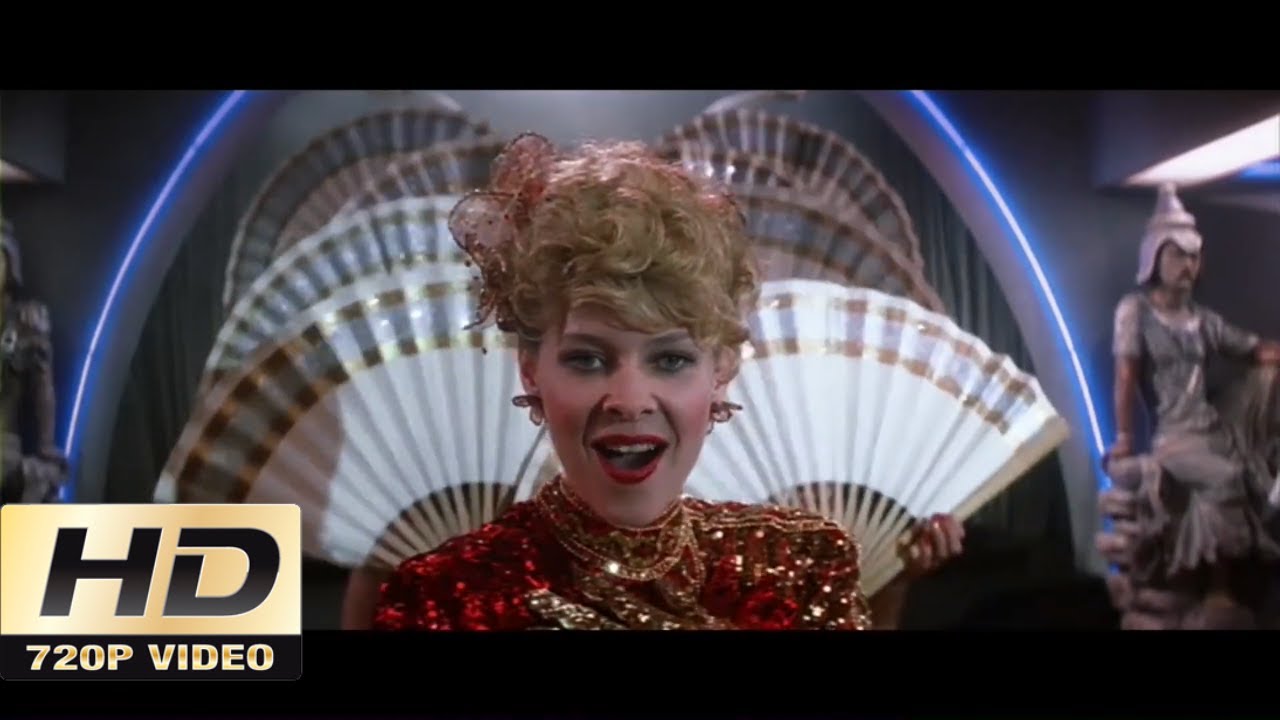 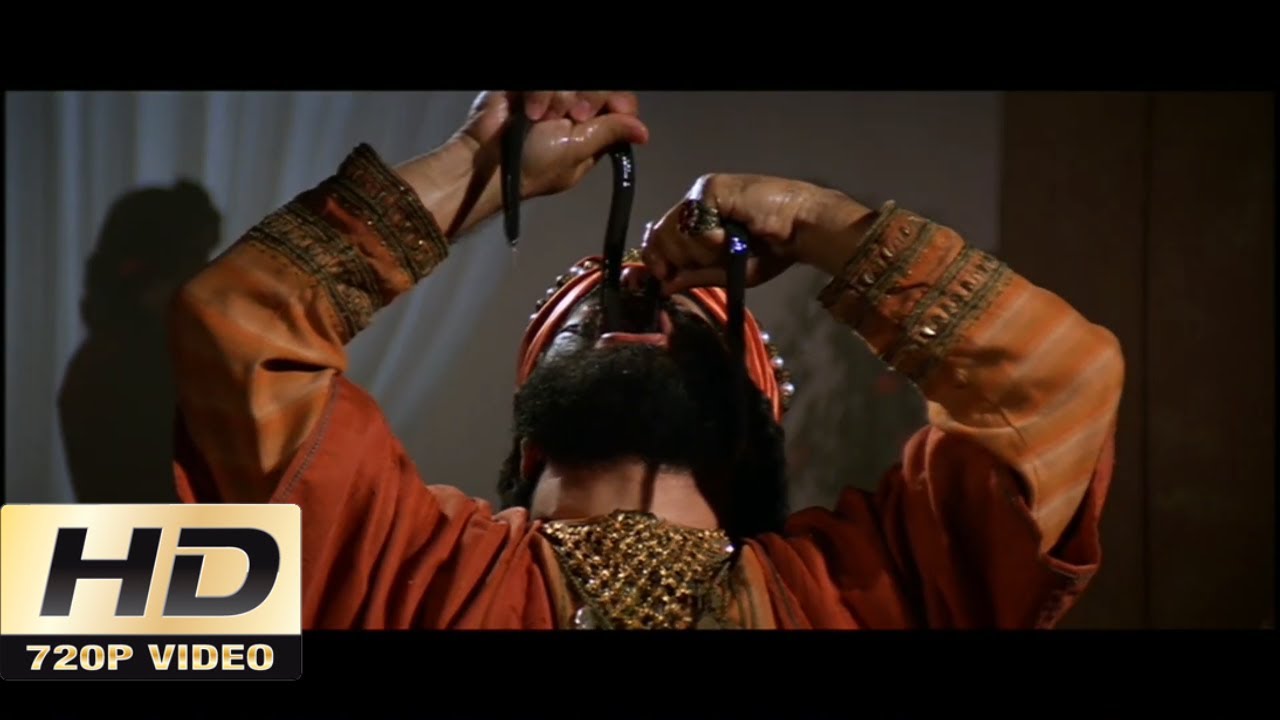 SHORT ROUND AKA Ke Huy Quan

The cheeky Short Round is also always at Indy’s side. He’s just as daring as his big role model, if not more so. Despite his age, he is Indy’s best friend, even if he sometimes tries to cheat him at cards. Short Round acts – typical child – with a lot of heart, a little bit of naivety, and a lot of courage. He shows that age or height doesn’t matter by saving Indy’s life more than once.

Today’s actor and stunt choreographer Ke Huy Quan was a child star in the 80s. Besides Indiana Jones, The Goonies was certainly his greatest success. Unbeknownst to many, today’s superstar Josh Brolin has his first role in this hilarious teen adventure.

Apart from the other two Indy films, Indiana Jones and the Temple of Doom is incomparable. I don’t know of any other movie that combines pure action with a lot of heart, history, depth, and, above all, humor that perfectly. Indy impresses with his heart, even if it’s almost ripped out in the Temple of Doom.

It’s a feel-good film that lives up to its claim every second. Even I, who has certainly seen it 200 times, now – in that grandiose resolution – discover new details. Again and again, I must laugh. For example, when Indy reaches for his gun to kill the bad guys, like in the first part. Oopss… I love the interaction between Kate Capshaw and Harrison Ford. There is nobody else who couldn’t get any more charming and funny.

In short, Indiana Jones and the Temple of Doom is a perfect film that ranks in the top 10 best movies to date. Everything is just right. And now, in high definition, the picture in the home cinema is also perfect. Buying a good display is worthwhile for this film series alone. We will show you our recommendations shortly.

Anyhow, as one of the biggest Indiana Jones fans of all time, who only wanted to study archeology because of this hero, I hope that the re-imaginings of the Indiana Jones saga will continue to enchant the next generation, maybe even generations to come. I am enchanted. And so that you will be too, we are giving away 3 grandiose Blu-Ray Special Editions.

The competition is exclusively for participants based in Germany. The legal process is excluded. We treat all data as strictly confidential following the GDPR and will not pass them to third parties. Furthermore, we delete them completely after the competition has ended.