Great blockbusters often also make great product statements. For example, James Bond fans immediately think of the name Aston Martin. After all, the sleek models of the English manufacturer of luxury sports cars and grand tourers played a major role in many adventures of the agent in Her Majesty’s Secret Service. Besides, a Swiss watch manufacturer is also closely linked to the fate of James Bond. Additionally, these timeless and noble chronographs appeared in countless other films. George Clooney wore them in The American, Gravity, and Money Monster. They also adorned Russel Crowe’s wrist in State of Play and The Nice Guys. Ryan Reynolds wore them in First Man. What do you notice? These are all male superstars. So, it’s high time for an introduction of the impressive OMEGA WOMEN and their favorite watches, as well as the #OMEGAMyChoice campaign. 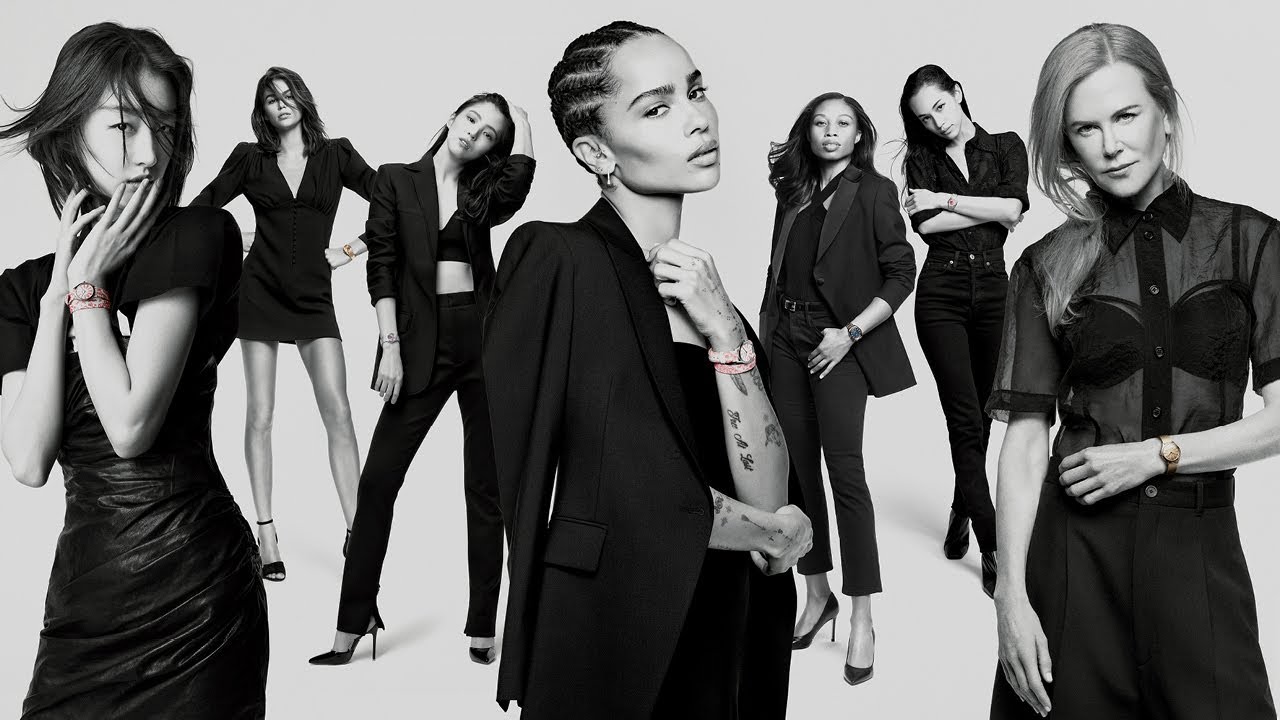 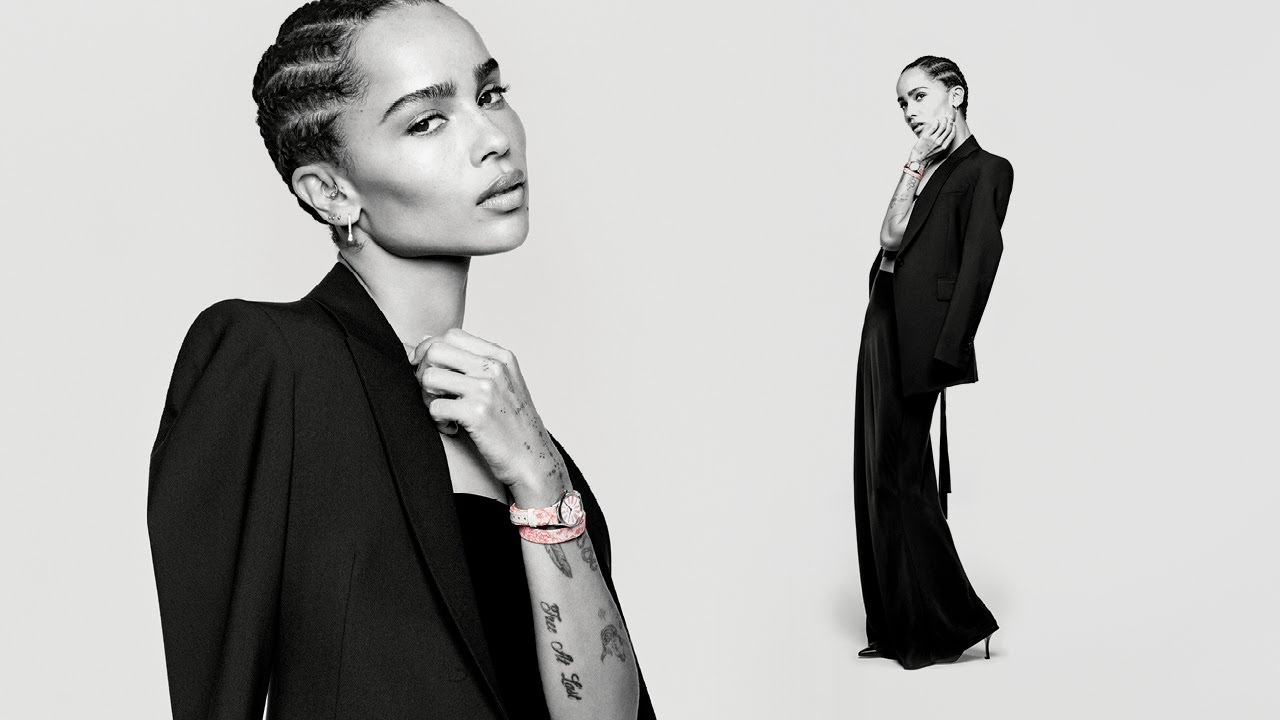 “Being free to make choices can be a mystery. But that’s magical, and I love that side of me.”

Actress, director, model; Zoë can do it all – brilliantly. As a singular talent with her own take on style, Zoë Kravitz has earned high praise and loud applause for performances in The Divergent Series, the Fantastic Beasts films, as well as the HBO hit Big Little Lies. For the latter, she earned a Screen Actors Guild Award nomination. Moreover, she also stole the show as Catwoman in The Batman. All this and still so much to come. Zoë Kravitz is one of the most sought-after individuals in the entertainment industry, and she loves to wear the OMEGA De Ville Mini Trésor with a Toile de Jouy double tour strap in a red floral pattern.

This compact 26 mm timepiece is defined by its stainless-steel case with diamonds along the curves, as well as a domed dial in off-white “Grand Feu” enamel. The rose-colored Roman numerals perfectly match the red floral Toile de Jouy “double tour” strap, which wraps twice around the wrist.

“Being yourself is complicated – and that’s a good thing.”

She is a fashion super nova and one of the most down-to-earth at the same time. The proud Californian has secured multiple runway appearances with top designers such as Burberry, Calvin Klein, and Versace. Besides, she also has a talent for acting, earning roles in TV shows Sister Cities, American Horror Stories, and The Palisades. Moreover, recently she has conquered the heart of Elvis star Austin Butler. Effortlessly cool, yet always turning heads, Kaia has a natural energy and style that you can’t help but love. And she loves to wear the OMEGA Constellation Master Chronometer 29 MM. 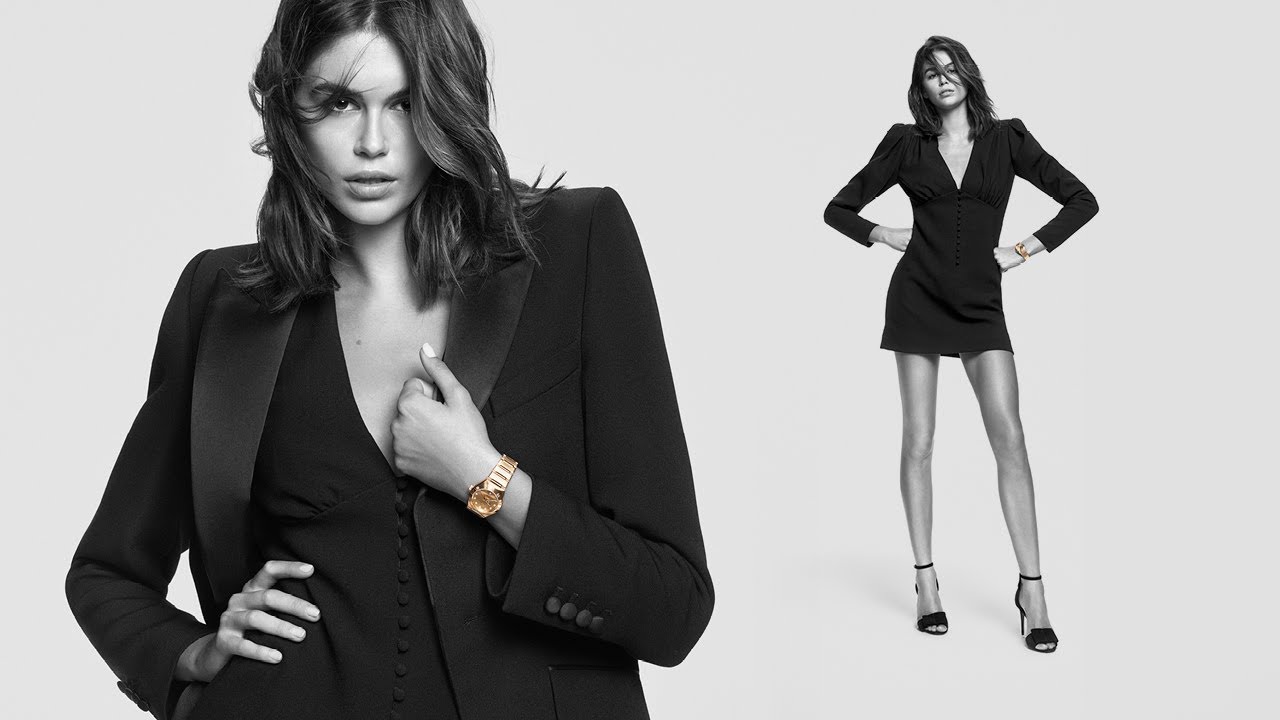 The burgundy dial of this exquisite timepiece offers a subtle nod to the historic color of the OMEGA brand. Here, it is further enhanced by circles of diamonds, along with a 34 mm case and bracelet design in full 18K Sedna™ Gold. Iconic Constellation features can be seen in the claws and half-moon facets. 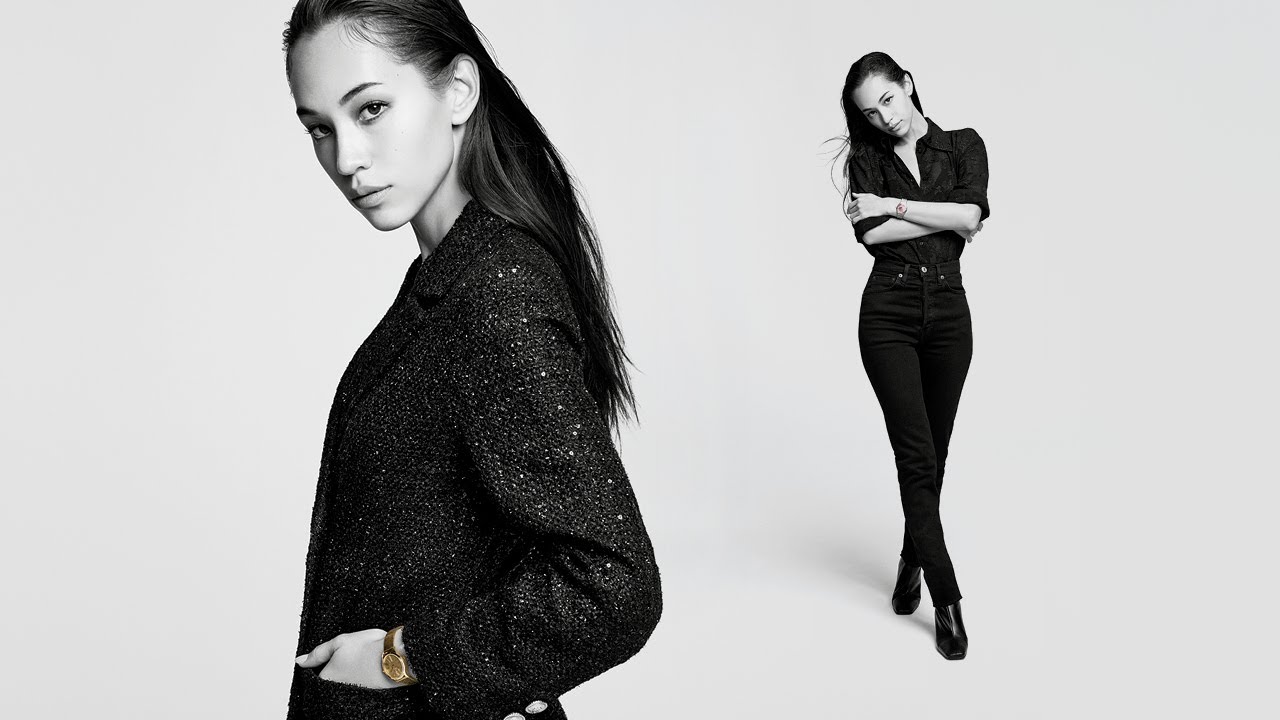 “To truly be yourself, you must be willing to change and grow. Time will reveal all.”

Determined to succeed from an early age Kiko Mizuhara began modeling at 12 years old. Since then, she has built an impressive career. As well as gracing the covers of multiple magazines including Vogue, Kiko has dazzled on the big screen with an acting career that began with the film Norwegian Wood in 2010. For good measure, she has also built her own designer brand: OK, producing fashion worn by several notable celebrities. Ms. Mizuhara is the ultimate multitasker and loves the OMEGA 28 MM CONSTELLATION.

The choice is important when it comes to watches. In this pastel collection, there is something to suit every personal style, including this version with a patchouli blossom dial and matching bezel. To keep track of time, OMEGA has placed a diamond at every hour, along with 18K white gold hands.

“It’s not about finding yourself, it’s about creating yourself. I like to be open to possibilities – keep things moving.”

In top-level competitive athletics, it takes passion, commitment, and personal sacrifice to be good enough to show up. Allyson Felix is the most decorated athlete in the history of track and field. How’s that for the strength of character? L.A.-born Allyson is an inspiration to women determined to cross the line first. She is a sporting legend with a trophy cabinet filled with gold and reserves of positive energy and enthusiasm. Of course, suitable to her trophies, Allyson Felix wears the De Ville Trésor in 18K MoonshineTM Gold. 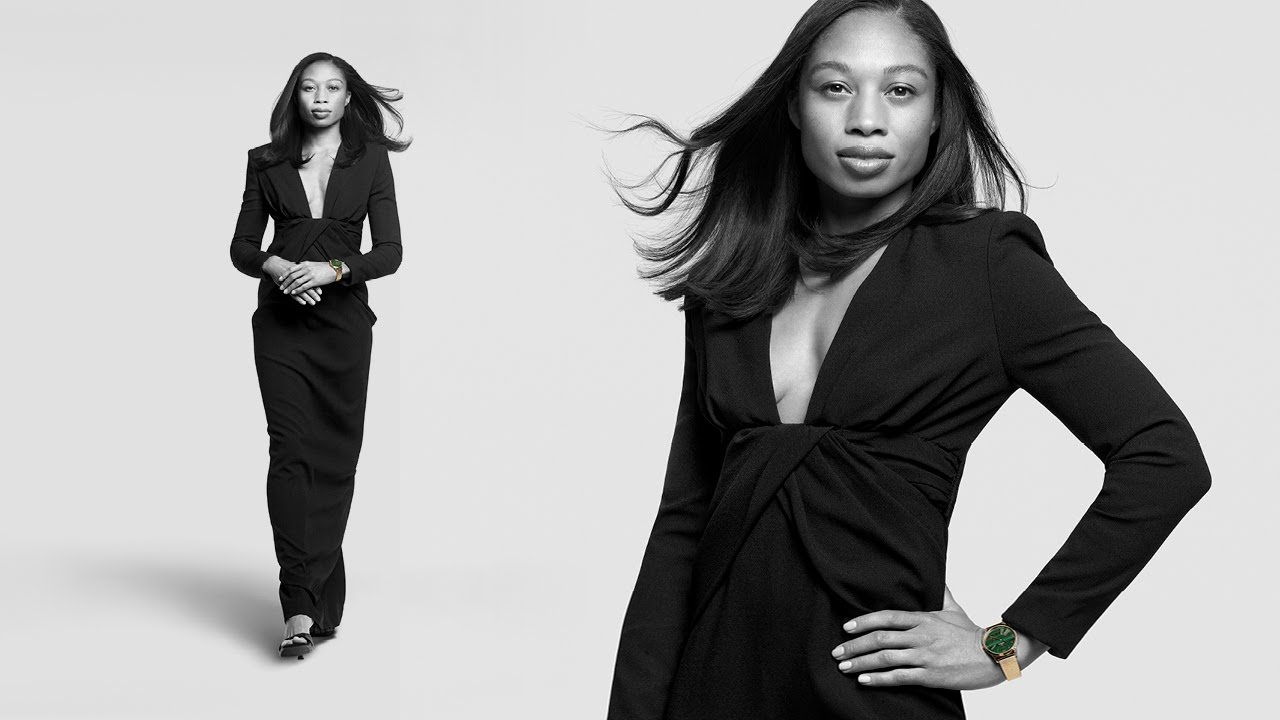 The OMEGA Trésor in Malachite

A watch that embraces the perfect blend of Moonshine™ Gold and malachite. Creating the hypnotic green dial, malachite is a decorative stone that has been cherished since antiquity. In this timepiece, its graceful hue and patterns are the ideal complement to OMEGA’s exclusive yellow gold alloy. 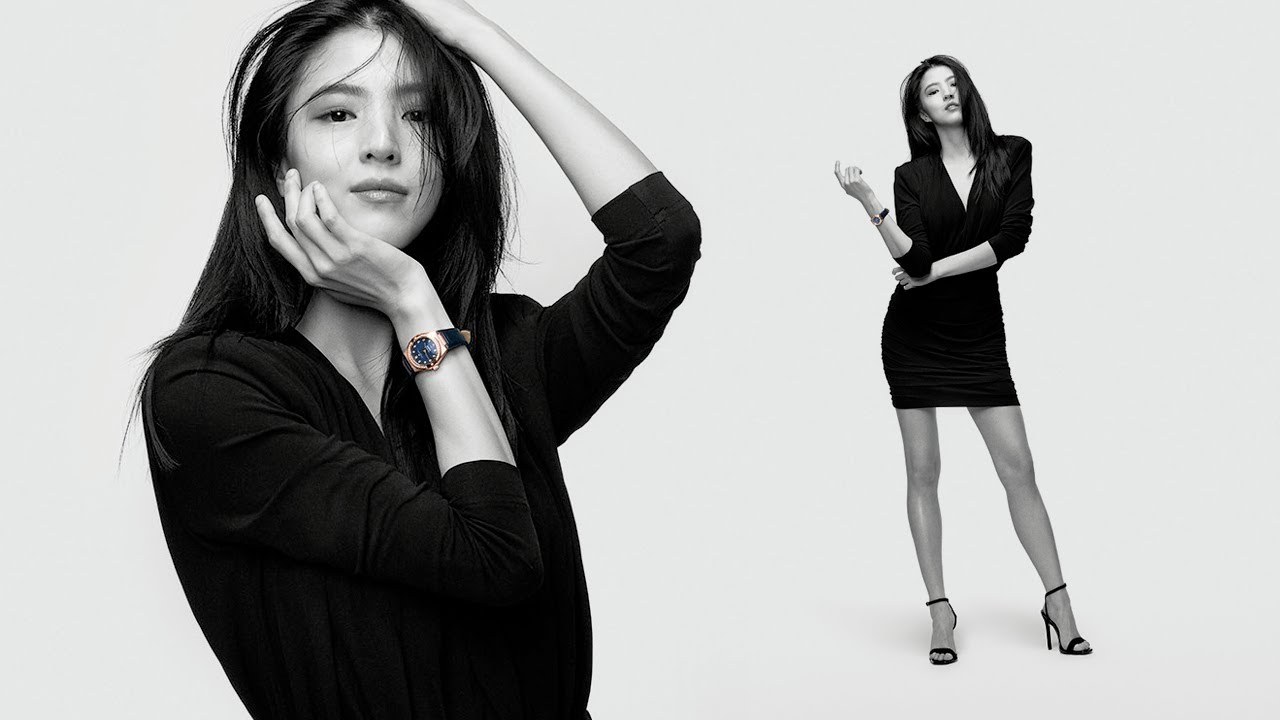 So-hee Han shines too bright for life in the shadows. After success in several supporting roles, the South Korean star staked her claim to the central characters, earning starring roles in multiple series, including Nevertheless, My Name, and The World of the Married, for which she received wide recognition and acclaim. As a winner of multiple awards for her craft, Han is a talent to watch. Moreover, she is a woman in the spotlight with her own clear view of the future. So-hee Han wears the Constellation in 1K SednaTM with a dial in natural blue Aventurine stone and a matching strap in shimmering leather.

Refining the legendary OMEGA Speedmaster has resulted in this 38 mm model made from 18K Sedna™ Gold. The taupe-brown leather strap and dual bezel are signature features of the design, but most alluring of all is the “cappuccino” colored dial with oval-shaped sundials and a date window at 6 o’clock.

“In many cases, it’s best just to be yourself. Let everyone see your uniqueness.”

An accomplished actress, capable of delivering convincing and critically acclaimed performances ranging in genres from crime thriller to romantic comedy, Dongyu Zhou is the youngest actress to have been honored with the three most significant accolades in the history of Chinese film. Her list of top prizes includes Best Actress at the 53rd Golden Horse Awards in 2016 for Soul Mate and best actress for Better Days at the 39th Hong Kong Film Awards and 33rd Golden Rooster Awards. Even a screen veteran would be proud of that list – and Zhou is just getting started. Dongyu Zhou wears the OMEGA Constellation Master Chronometer 29 MM. 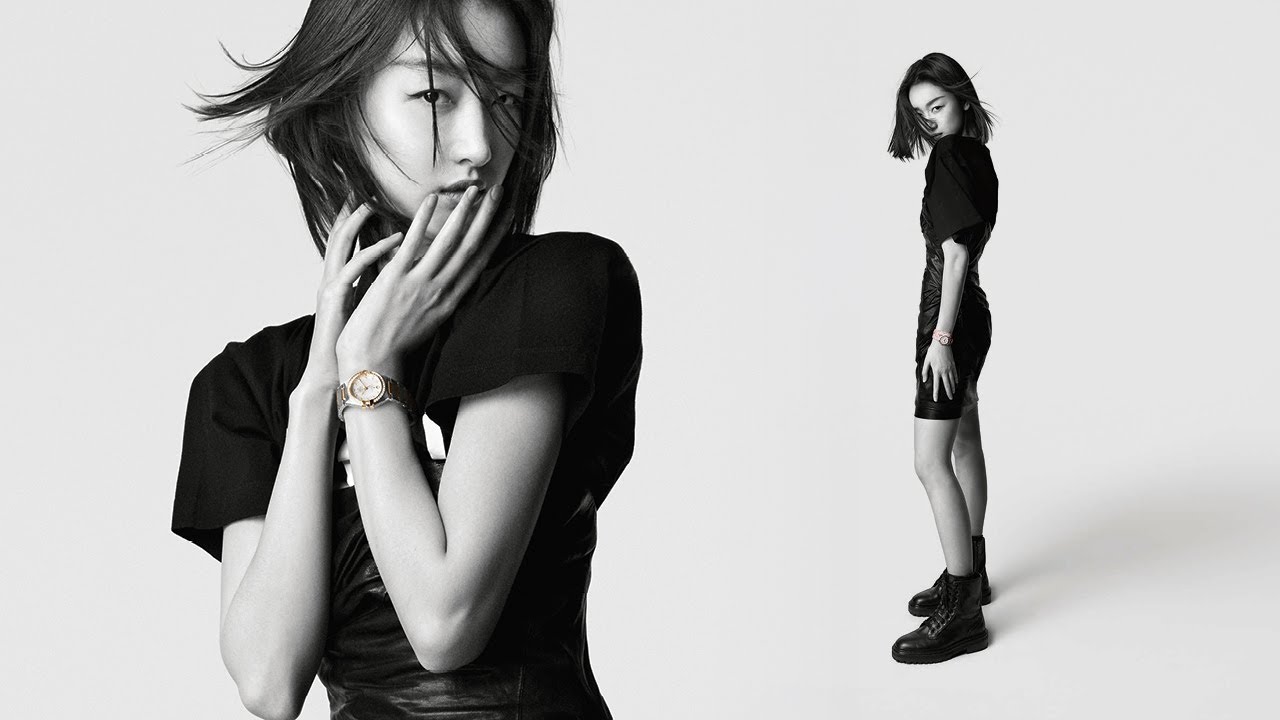 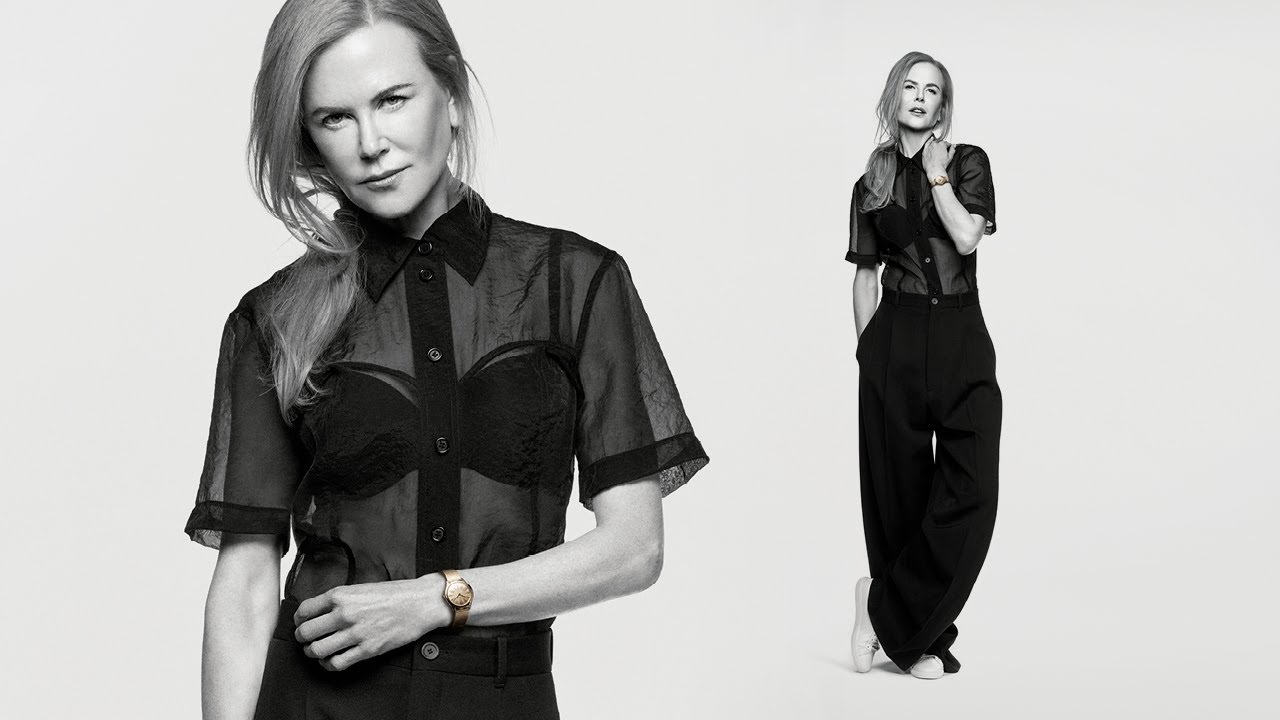 “I get to be powerful, playful, try on moods. Looks, eras, styles… but at the heart of it all… is me.”

Nicole Kidman’s list of awards is long-read. Oscars, Golden Globes, BAFTA’s, SAG Awards. Hard-earned and well-deserved tributes to her talent as an actress and producer. In addition to bringing scripted lines gloriously into life, she has used her own words and voice to speak up for the rights of women and children. Nicole Kidman is a phenomenon. The woman with a warm heart and a wicked sense of humor likes to wear the OMEGA De Ville Mini Trésor in 18K MoonshineTM Gold.

Catching the eye in full 18K Moonshine™ Gold, this 26 mm watch offers something unique in every detail. Along with diamonds that pave the case, a silk-like pattern has been used to decorate the dial, as well as the mesh bracelet with its special fold over clasp.